END_OF_DOCUMENT_TOKEN_TO_BE_REPLACED

A special breakfast menu won't be complete without these delicious Cinnamon Rolls!

Cinnamon Rolls with Bourbon-Soaked Raisins are an incredibly delicious option for a special holiday breakfast or brunch! 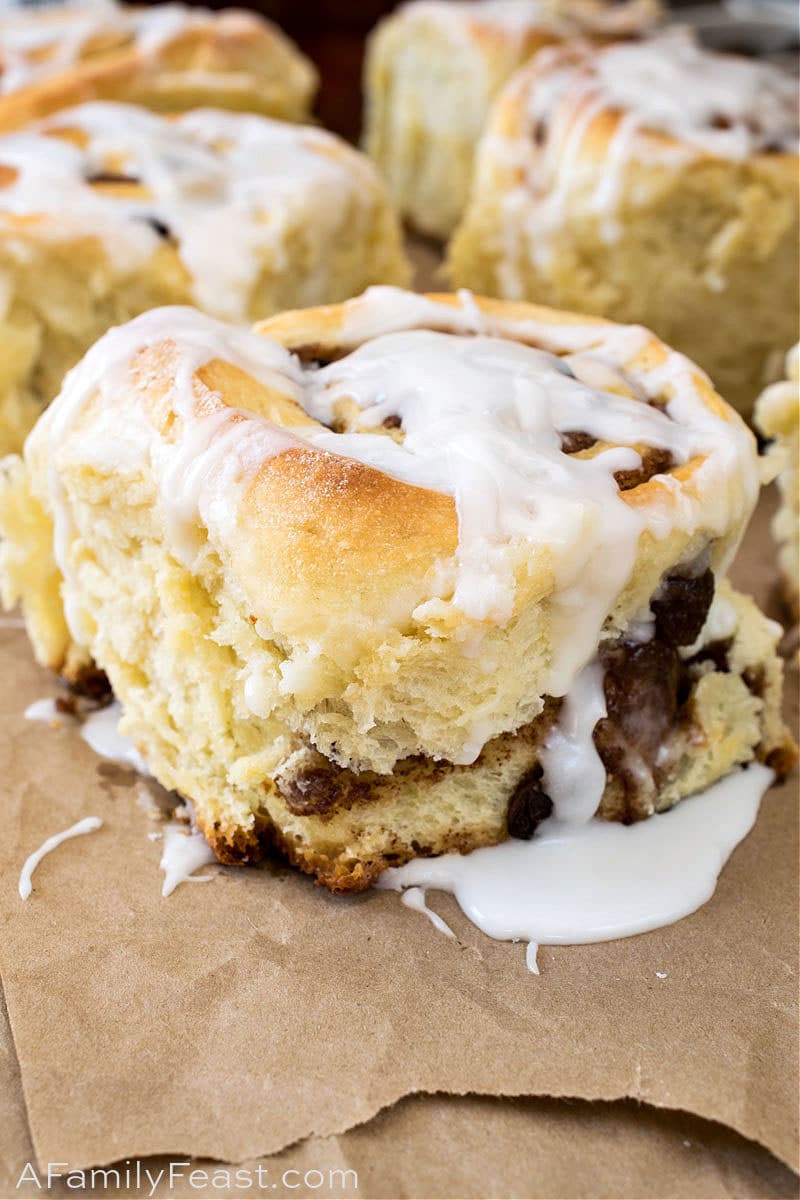 This recipe for Cinnamon Rolls with Bourbon-Soaked Raisins is over the top – in a very delicious way! Sweet brown sugar, cinnamon and bourbon-soaked raisins are rolled between a light and delicious pastry dough.  Then, a sweet and light confectioner’s sugar glaze is poured on top of the rolls soon after they come out of the oven – soaking into the crevices of the pastry for even more added goodness!

Whenever my husband Jack makes this recipe, the smells that fill the house as the rolls bake in the oven are just AMAZING!!  And, by the time the cinnamon rolls come out of the oven, a crowd has usually gathered in anticipation so they can get their first taste of this delicious breakfast pastry. 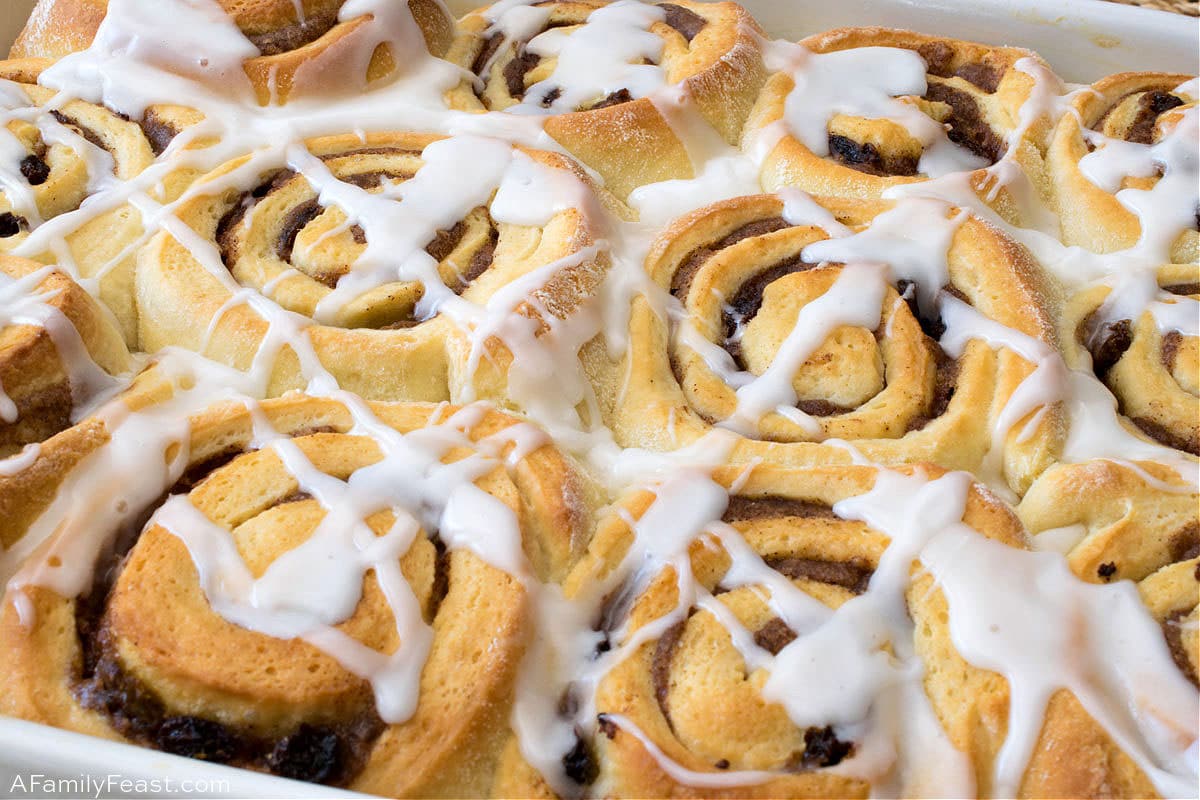 Tips to make the best Cinnamon Rolls with Bourbon-Soaked Raisins

Cinnamon rolls are actually fairly easy to make. But they are a yeast-based pastry, so you will need to allow some time (several hours) for the dough to rise before baking and serving. (Don’t let that scare you – these are 100% worth the time and effort!) The most common mistake that bakers make when working with yeast is that they proof the yeast with liquid that is too hot. If the liquid is too hot, it will kill the yeast. In this recipe, combine the yeast with all-purpose flour, then add warm milk that is no hotter than 110 degrees F. Use an instant read thermometer like this (affiliate link) to test the milk temperature. It’s very helpful to have a stand mixer with both a paddle attachment for mixing and a dough hook to knead the dough. 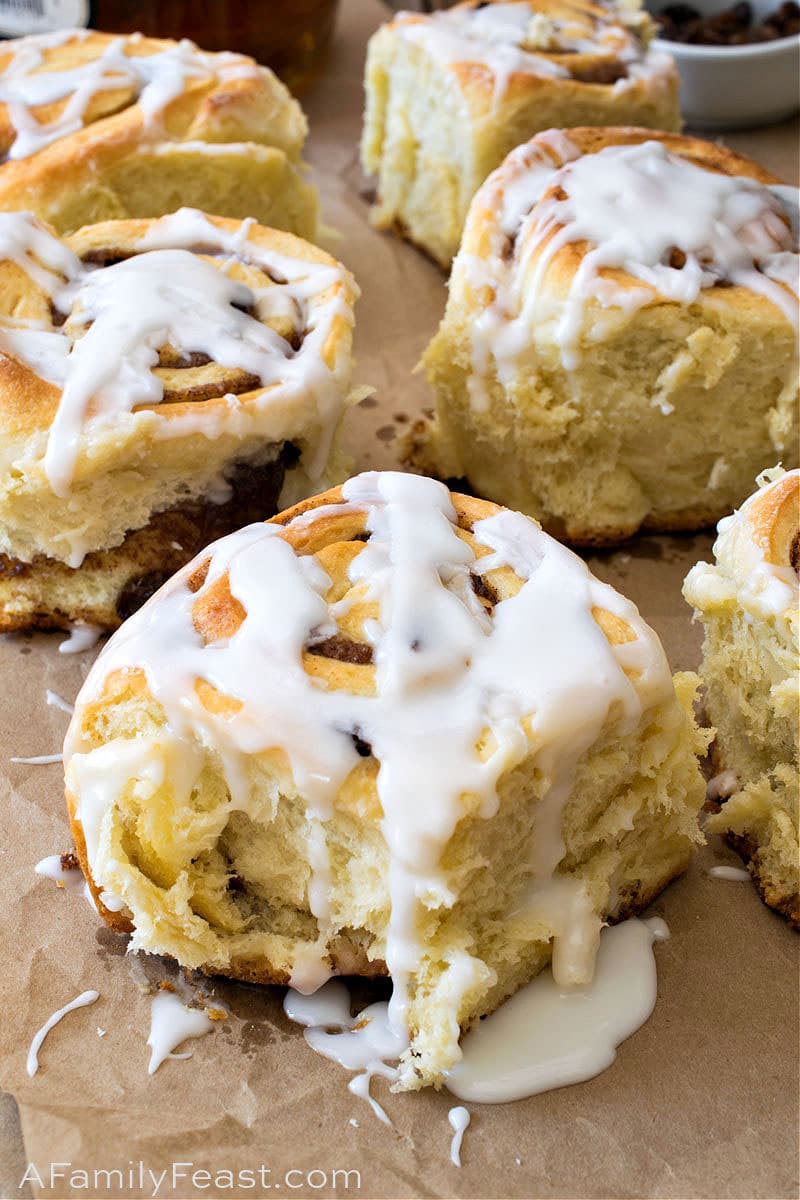 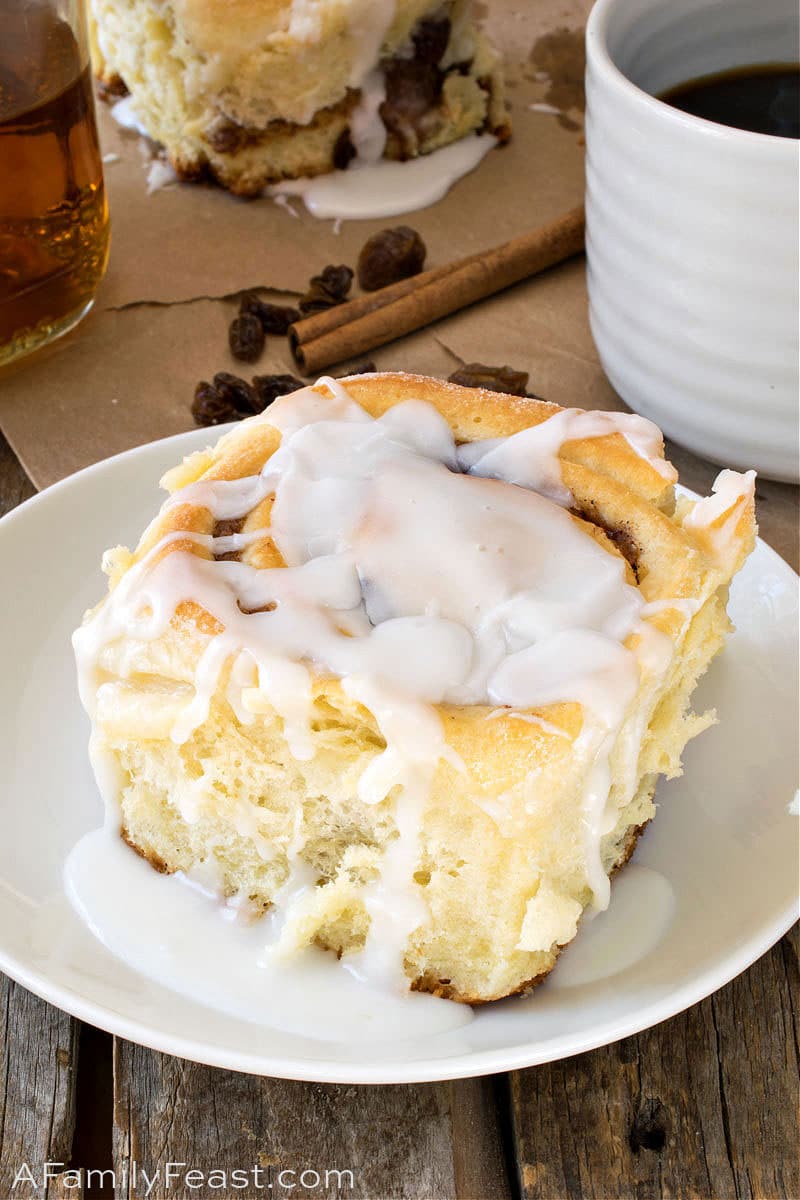 We include lots of step-by-step photos in the recipe card below that show you exactly how to roll out the pastry dough and form each cinnamon roll. We think you’ll be pleasantly surprised at how easy the dough is to work with when making these Cinnamon Rolls with Bourbon-Soaked Raisins. Serve your cinnamon rolls hot out of the oven for breakfast or brunch.  And if you have any leftovers…our Cinnamon Roll Bread Pudding with Bourbon Sauce is a delicious way to use them up!

Can I prepare these cinnamon rolls the night before and bake them the following morning?

Yes – refrigerate after you’ve completed Step #15 in the recipe below. Then, the next morning, start up again with Step #16, allowing the cinnamon rolls to proof before baking. Because they will be chilled, it will likely take longer than the 1 hour to double in size so plan for a little extra time. 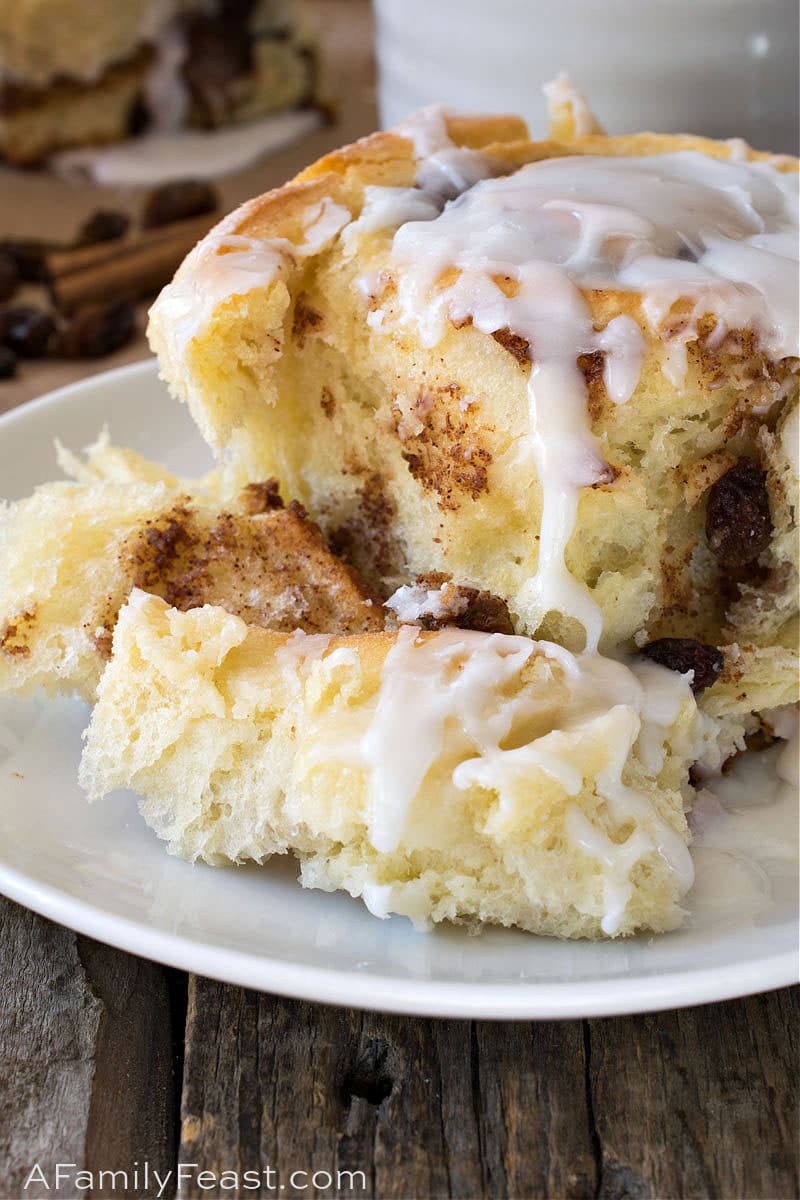 You may enjoy these other breakfast foods:

A few teaspoons of milk

Can I make these cinnamon rolls ahead of time? Yes – refrigerate after you’ve completed Step #15 in the recipe. Then, the next morning, start up again with Step #16, allowing the cinnamon rolls to proof before baking. Because they will be chilled, it will likely take longer than the 1 hour to double in size so plan for a little extra time. 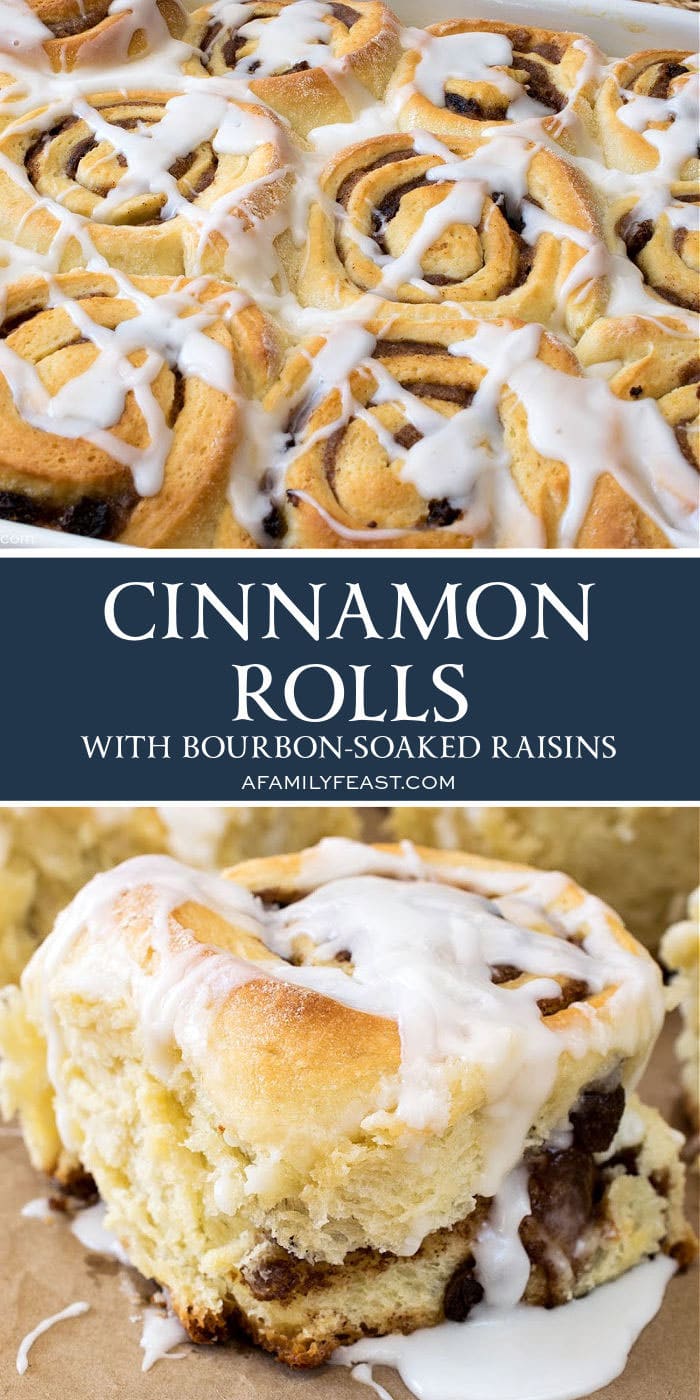 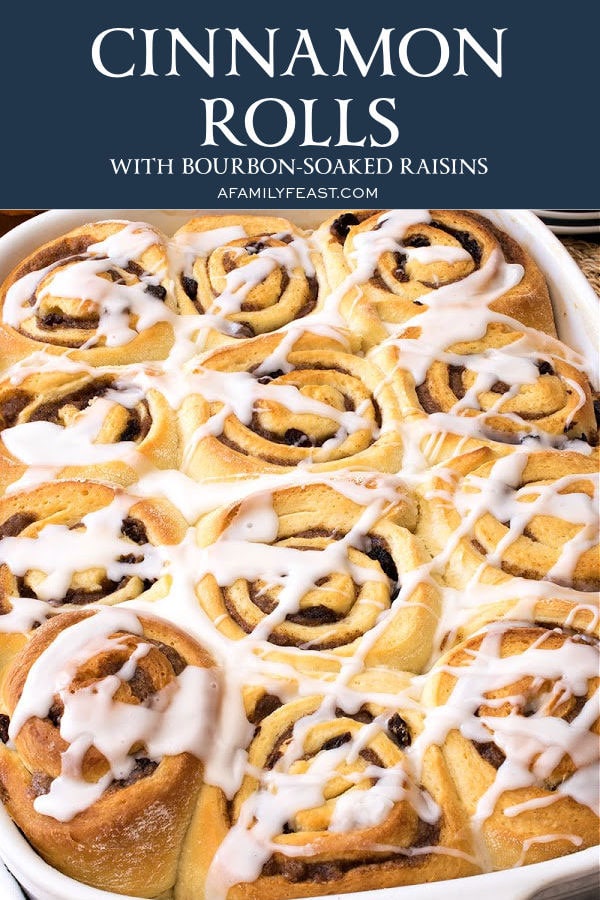 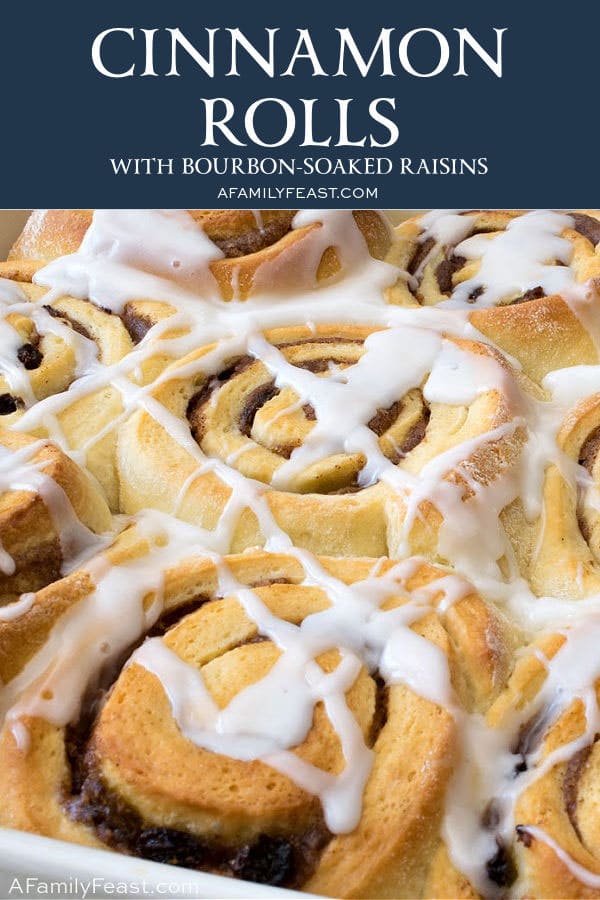 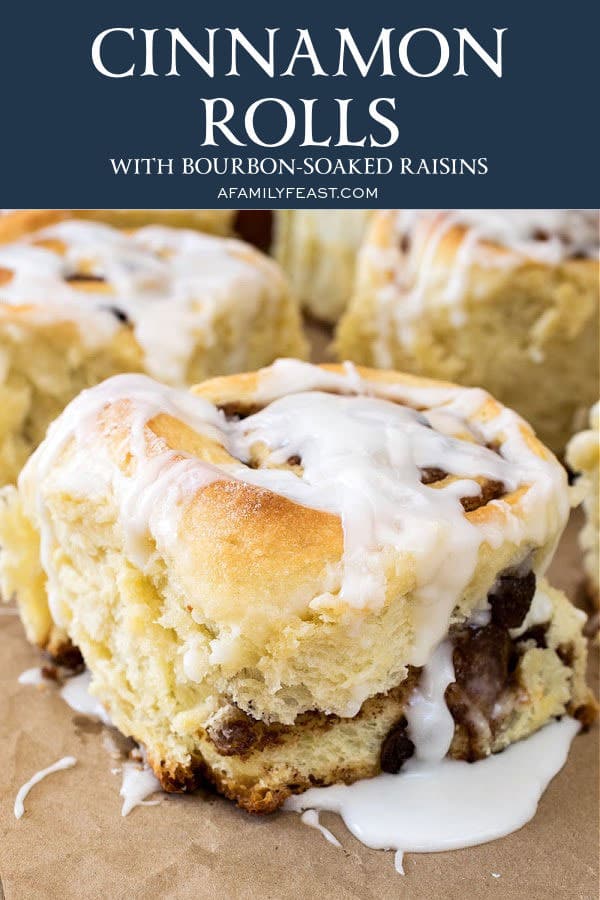 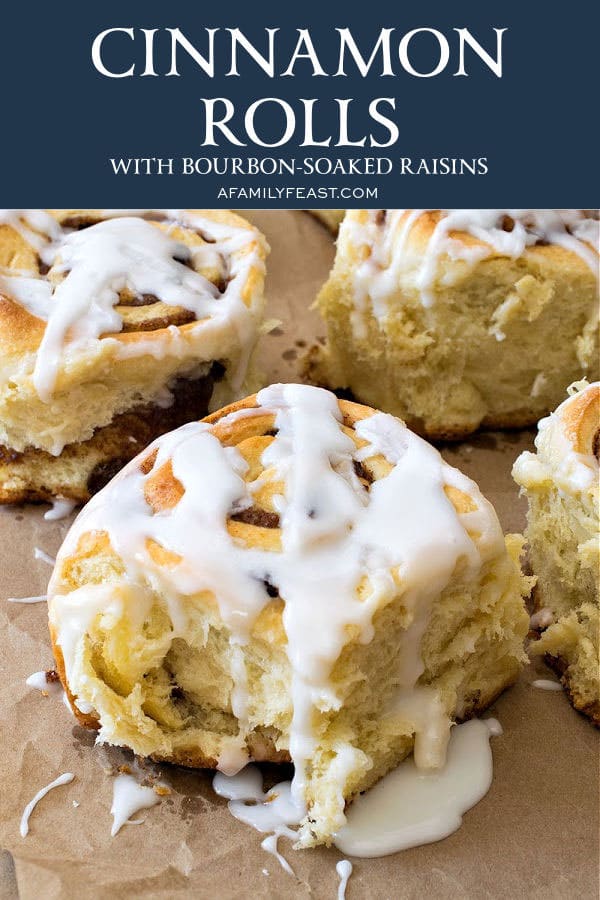