These chewy-crisp cookies are destined to become your new favorite!

These Almond Butter Oatmeal Chocolate Chip Cookies are loaded with all sorts of good stuff! 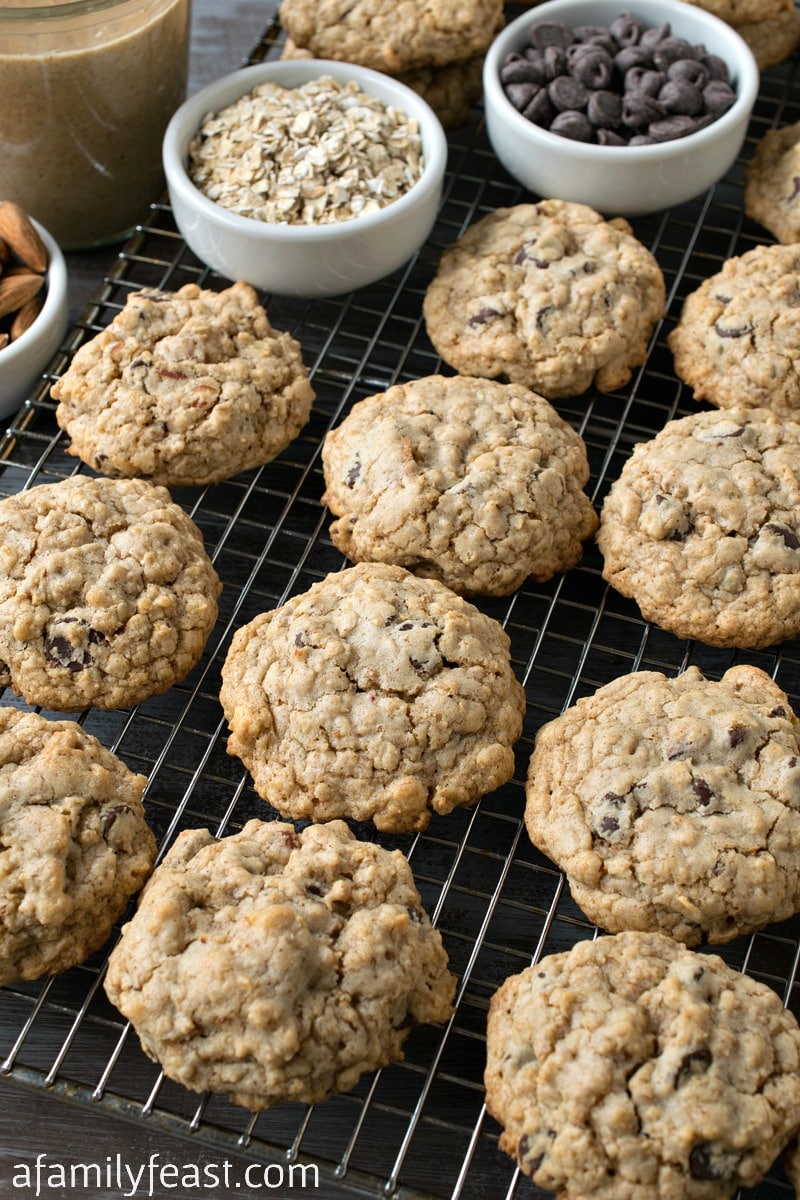 After making our homemade almond butter from earlier this week, my husband Jack came up with the idea of using it to make these amazing Almond Butter Oatmeal Chocolate Chip Cookies.

His recipe was inspired by some loaded peanut butter cookies that his kitchen staff used to make during his food service management career many years ago. Today’s recipe swaps in almond butter for the peanut butter (which allows the other flavors in the cookie to shine through) and the cookie batter is loaded with oatmeal, chocolate chips, and almonds. 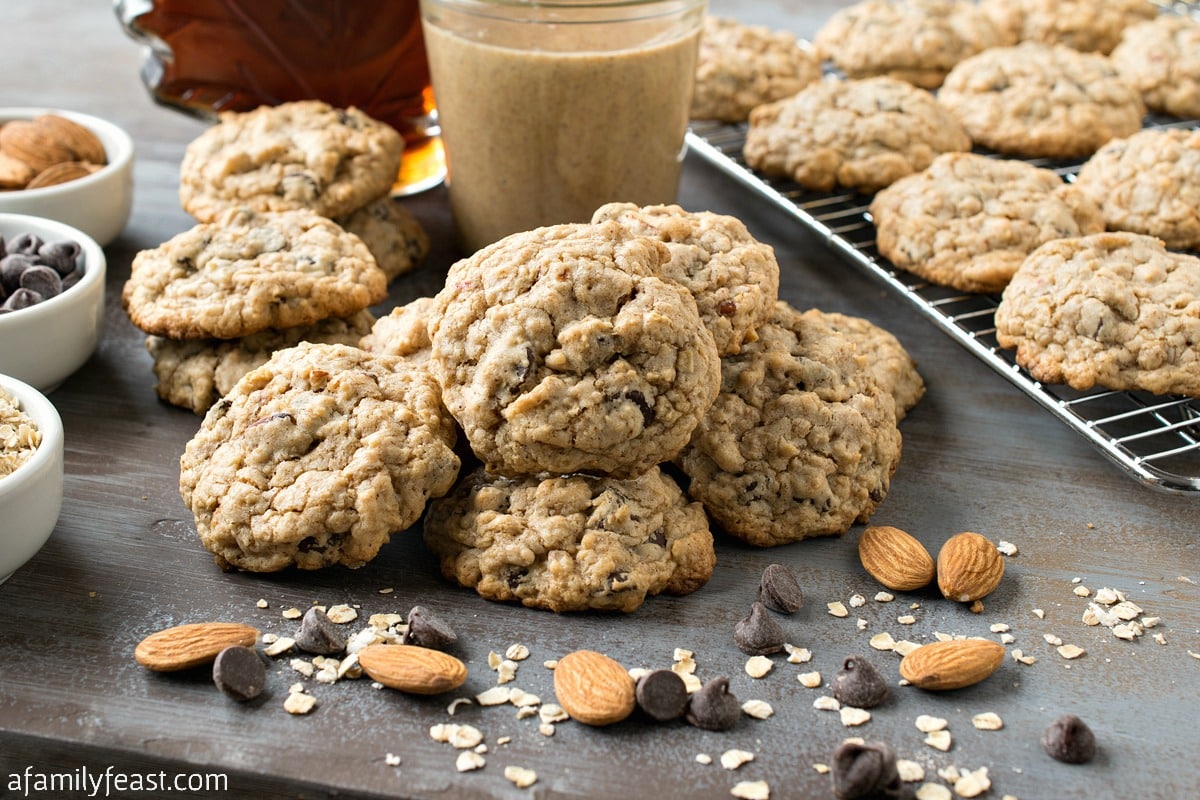 A mix of brown sugar, maple syrup and granulated sugar are the primary sweeteners in these cookies. And the addition of both whole wheat flour and oat flour gives these Almond Butter Oatmeal Chocolate Chip Cookies additional flavor and texture.

These Almond Butter Oatmeal Chocolate Chip Cookies bake up slightly crispy on the outside, and chewy in the center – and right out of the oven, the melted chocolate chips and the crunch from the almonds is one very heavenly bite! 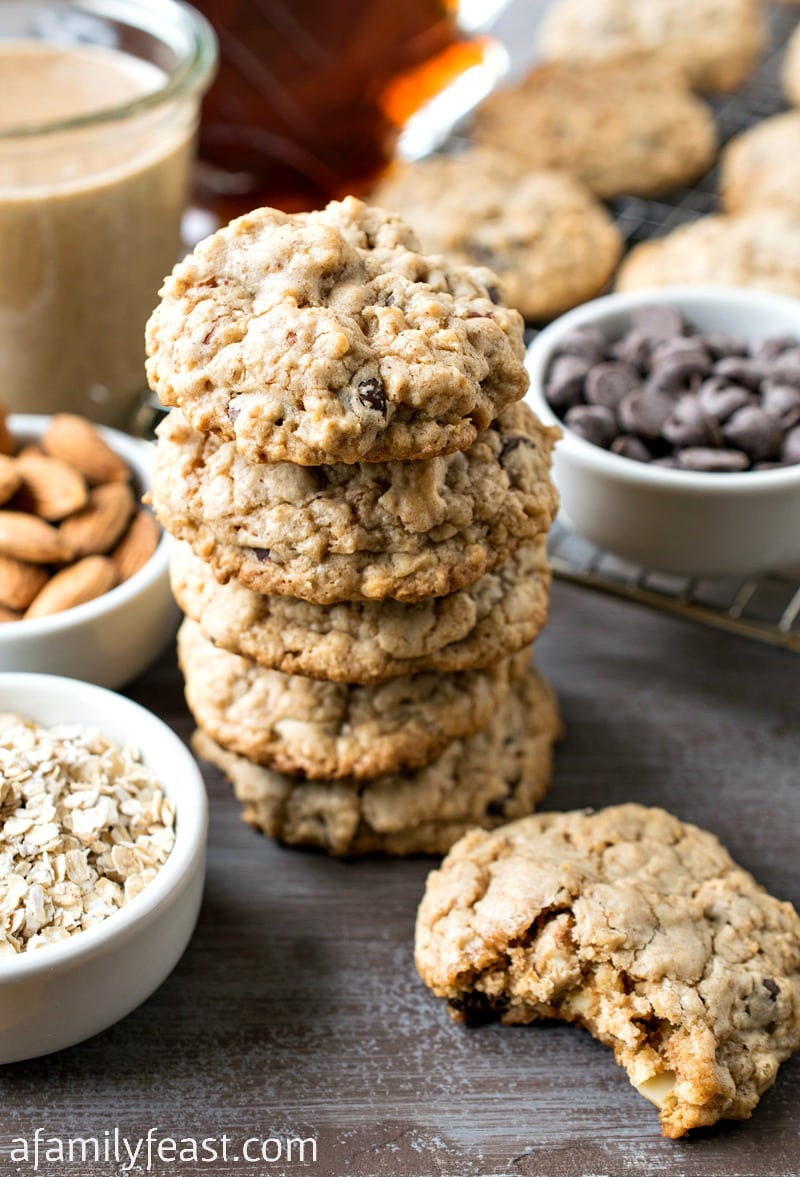 Use a small food processor to chop the almonds but be careful not to chop too small.

In the bowl of a mixer with the paddle attachment, beat softened butter until pale and creamy, about two minutes.

With mixer running on medium, add one egg at a time, mixing before adding the second. Scrape bowl and mix again.

Add vanilla and almond butter and beat until smooth.

Add flour mixture, one third at a time, mixing just until incorporated each time.

Remove bowl from mixer and add in the oats, chips and almonds and mix by hand until incorporated.

Line four sheet trays with parchment, and using a one-ounce scoop, scoop out 48 cookies, placing one dozen per pan, 4×3 rows.

Bake one pan at a time in the center to upper region of your oven for 10-12 minutes. Ours took about 11 minutes. The bottoms will brown but the tops will stay pale in color.

Cool on rack for two minutes then transfer to cooling racks to cool further. 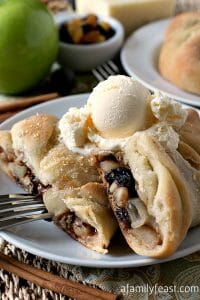 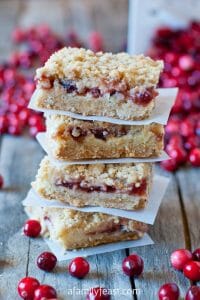 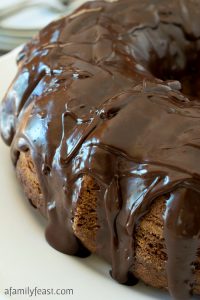 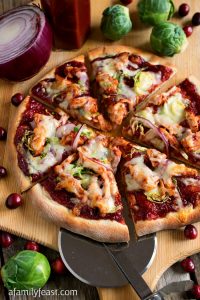