We’re sharing all of our tips and tricks to make this crispy sweet treat.

Churros are crispy and delicious fried pastry dough, sprinkled with cinnamon sugar, then dipped in chocolate.

Over the last few months, my husband Jack and our teenage daughter Emma have been testing out different recipes for Churros. It’s been a fun way for the two of them to pass some time together while we’ve all been home more than usual. (Plus, it gives Emma a glimpse of what goes into recipe testing for A Family Feast!)

Churros are essentially extruded sticks of fried pastry dough that are believed to have originated in Portugal or Spain. Once fried, the churros are sprinkled with sugar or a mix of cinnamon and sugar, then served with melted chocolate drizzled over the top, or in a bowl for dipping.

Churros are often sold as ‘street food’ – hot and fresh out of the deep fryer.

Tips for making the best Churros

Jack and Emma tested several different recipes, made several tweaks, and I think they landed on the perfect Churros recipe AND cooking technique. Making Churros is pretty easy as long as you follow a few rules.

You don’t need a special deep fryer to make Churros – just use a deep heavy-bottomed skillet or dutch oven filled with vegetable oil. A candy/deep fry thermometer is important to have on hand to ensure that your oil stays a consistent temperature as you fry. Too hot and the Churros will scorch and burn, too cool and the Churro dough will absorb the oil instead of crisping up.

You’ll start by mixing up and cooking a pastry dough. The dough must cook for a certain length of time – you want to see a thin film start to form on the bottom of your saucepan as you stir the dough. Then the cooked dough must be cooled to room temperature.

While perhaps not 100% traditional, we included eggs in our Churros dough – as a leavener and for taste and texture. The eggs must be completely worked into the dough to form a smooth paste.

Because the dough is quite thick, if you are using disposable plastic pastry bags, you should double up on the bags just in case it bursts as you squeeze it. Avoid using too small of a star tip – the Churros will be too skinny, plus you’ll have difficulty squeezing the dough through the small hole; too large and the churros won’t cook all the way through before the outside scorches and burns.

Finally, allow the Churros to rest on some paper towels right after frying to absorb any excess oil. Then, roll in cinnamon sugar. If you immediately roll the fried Churros in the sugar, the sugar will clump up instead of giving you that nice, light, sugary coating.

Serve your Churros with melted chocolate. We prefer dipping the Churros in the chocolate, but you could drizzle it over the top if you prefer.

You may enjoy these other fried treats:

Place an empty sheet tray in the freezer. This will be used to help cool the dough.

In a medium to large non-stick sauce pan, place water, butter, salt and sugar and heat to melt the butter.

Once the butter is melted, lower heat to medium low and using a wooden spoon or sturdy spatula, stir in the flour.

The mixture will be thick and dough like. Keep stirring for about five minutes until a thin film starts to form on the pan bottom as the dough touches it. It is important to get the dough to this state before continuing.

Once ready, remove the pan from the freezer and spread the dough onto the cold pan and cool to room temperature, about 10 minutes or more. The cold pan will speed the cooling process.

While the dough is cooling, place the four eggs in the bowl of a stand mixer and with the paddle, beat to combine.

With mixer running on medium, add about a half cup of the cooled dough at a time, pausing to make sure each addition is mixed in completely. When the last of the dough goes in and gets mixed, the dough will be somewhat firm and smooth and a little sticky.

Heat a few inches of vegetable oil in a heavy bottomed pan or wok to 350 degrees F. The best way to get and keep the temperature at 350 degrees F is to bring the oil up slowly over several minutes. Once it is at 350 degrees F, lower flame just slightly and once you start frying, keep the flame consistent so you maintain 350 degrees F. If you heat the oil too quickly, it will shoot past your temperature and you will be adjusting the flame up and down to try and get it back to the right temperature. Long and slow is the trick to get it where you want. Use a candy thermometer to gauge the temperature. I use a heat sensing gun because I like gadgets and it’s less messy than a candy thermometer.

Mix sugar and cinnamon and set aside in a wide rimmed pie plate.

Half fill a sauce pan with water and heat to a boil. Place the chocolate chips and milk in a bowl, large enough to sit on the rim of the sauce pan without touching the water. Turn off the burner and let the chocolate melt stirring occasionally. Remove from the pan once the mixture is smooth and creamy.

Double bag two large disposable pastry bags and insert a star tube. Our star tube was a Wilton #21 but if using Atceo, 827 is the size. Double bagging will stop the bag from bursting.

Place half the dough into the bag and twist the top sealed. Squeeze out any air.

Have a sheet tray lined with paper towels standing by.

Once the oil is consistent at 350 degrees F., start squeezing in about a half dozen six-inch-long Churros at a time, using scissors to cut each one off before squeezing the second. Our daughter Emma cut as I squeezed.

Fry for between 1 ½ minutes to 2 ½ minutes then turn each over using long handled tongs and fry the other side until browned. We liked ours extra crispy so we went with a longer fry time on both sides but that is totally up to you.

Use a spider or strainer to lift and drain them onto the sheet pan with the paper towels.

Check the oil temperature and once back up to 350 degrees F., start another batch.

Once the third batch starts cooking, remove batch one to the cinnamon sugar and roll to coat then remove to your serving dish. Stay three batches behind for coating to give each batch time to properly drain.

When the bag empties, refill with the remaining dough and repeat until done.

To serve, eat as is, or dip in the melted chocolate.

We experimented with freezing and found that they freeze pretty well. Freeze on a sheet tray and once frozen, move them to a zip lock bag.

Churros can be frozen. After coating with sugar and cinnamon, lay your churros in a single layer on a sheet pan. Once frozen, move them to a zip lock bag. 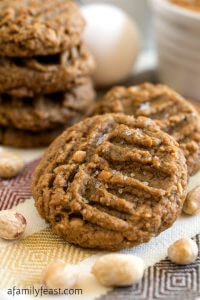 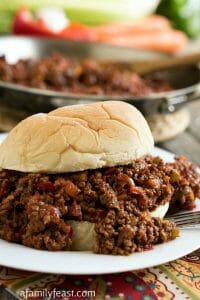