END_OF_DOCUMENT_TOKEN_TO_BE_REPLACED

When cold and flu season strikes, cook up a batch of our Chicken Noodle Soup! 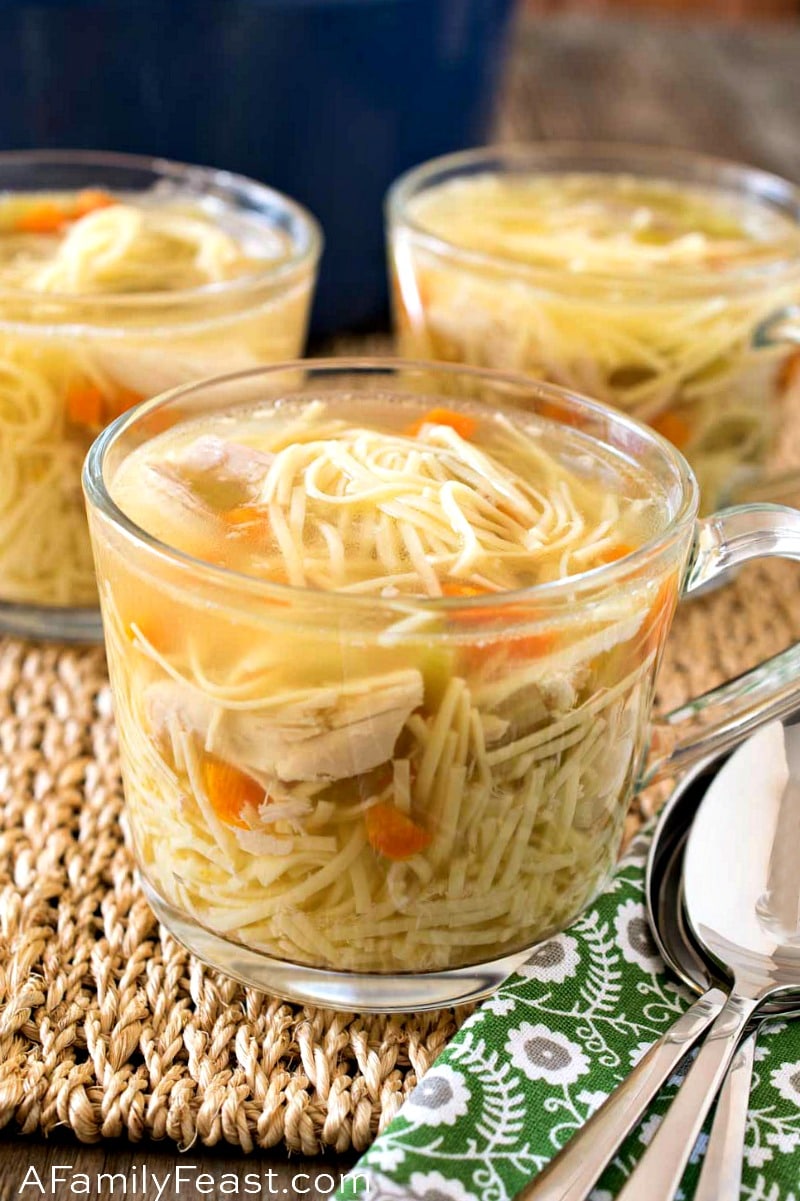 We’ve been fighting colds in our house these last few weeks, so this Chicken Noodle Soup has been on the menu.  Nothing too fancy – just a pot of hearty and flavorful chicken soup to clear our sinuses, and soothe our scratchy throats to make us feel better. (It worked!) This Chicken Noodle Soup recipe is adapted from the well-known New York Cookbook by Molly O’Neill – who refers to this recipe as ‘New York Penicillin’.  We think it’s one of the best recipes around for a basic, but super-flavorful chicken noodle soup. In fact, this recipe is really ALL about a rich and flavorful chicken stock, and less about the noodles which are often the highlight in many other chicken noodle soups. 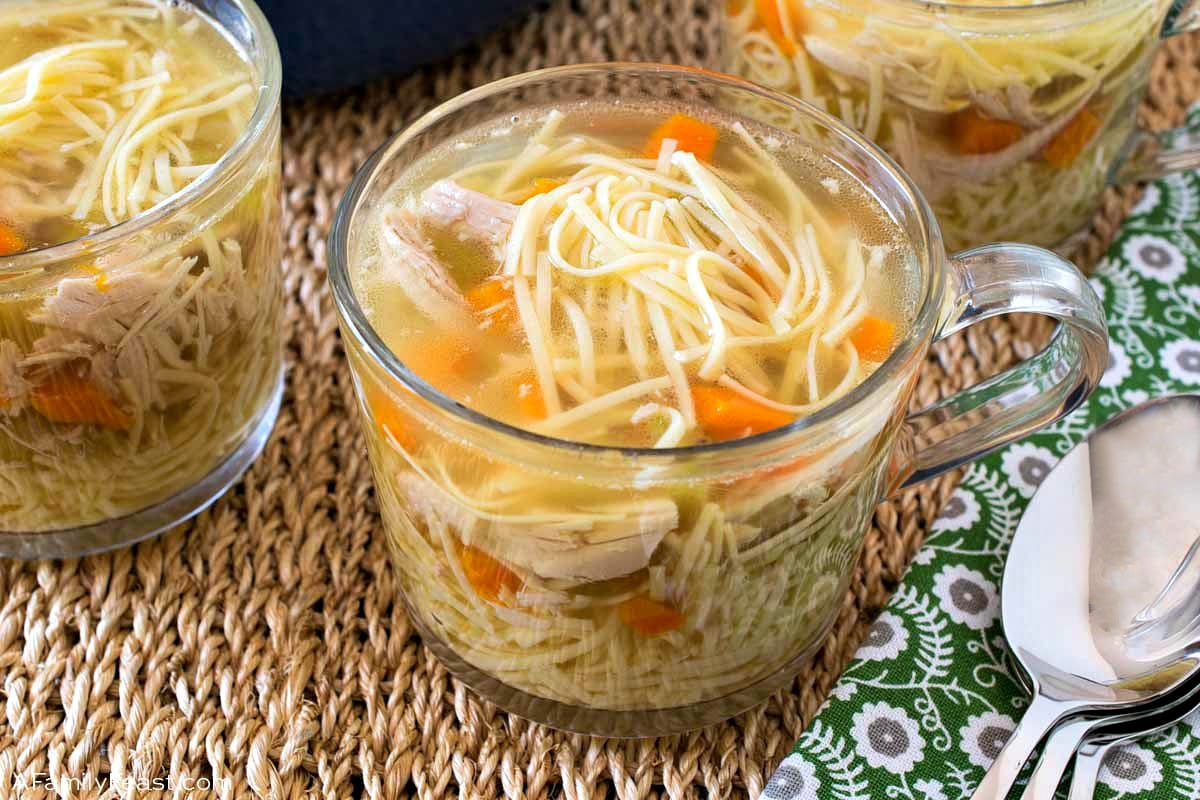 Why is chicken soup good for a cold?

According to UCLA, chicken soup has been considered a remedy for colds dating back to the 12th century. Back then, the Egyptian-Jewish physician and philosopher Maimonides advised people to consume chicken soup for the relief of respiratory tract symptoms. This is likely where the nickname of ‘Jewish penicillin’ originated (or in the case of our recipe today – New York penicillin – a nod to the large Jewish population in the city). More recent scientific studies tout the anti-inflammatory properties of chicken soup – where it helps prevent congestion caused by white blood cells migrating to the upper respiratory area of the chest. Garlic and onions both have anti viral properties as well. As Molly O’Neill states in the cookbook’s original recipe, “The soup’s curative powers are released only when the vegetables are mashed together in the bowl…Use a fork for mashing. Use a big spoon for eating. You’ll feel better soon.” It works! 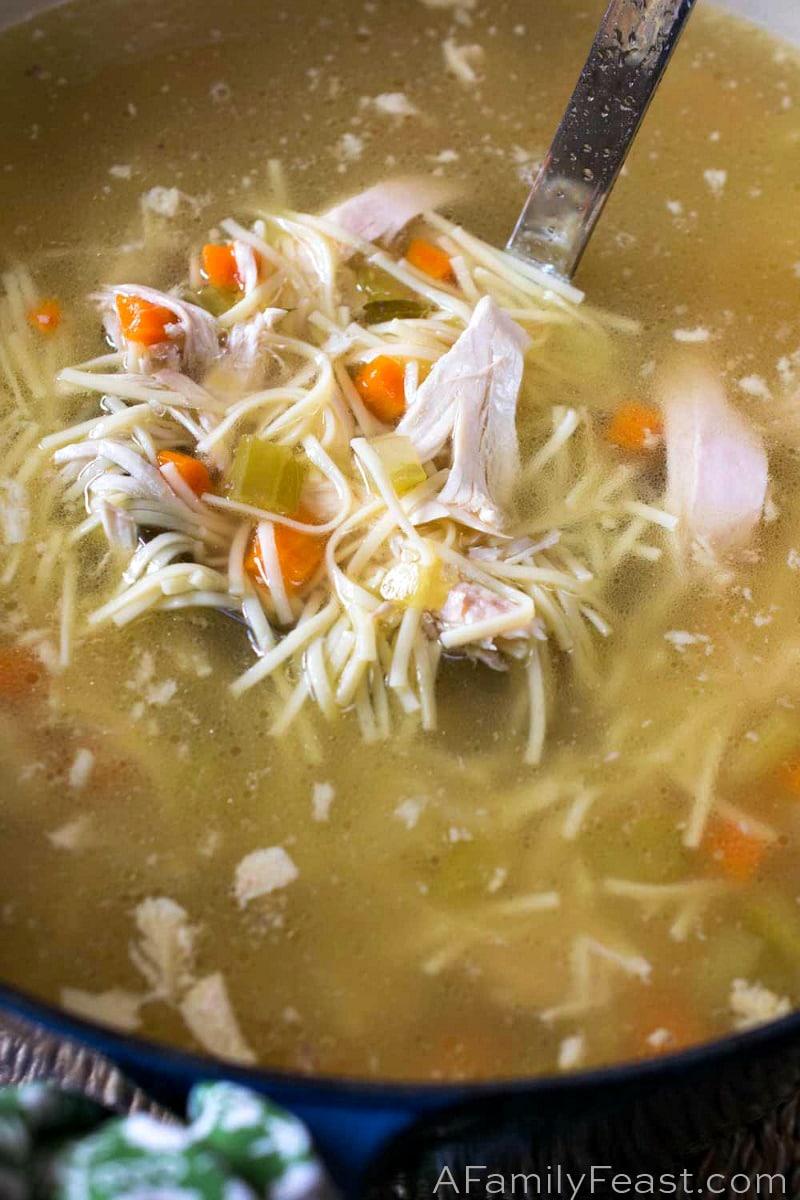 How do you make Chicken Noodle Soup?

This soup recipe couldn’t be any easier! You’ll add a whole chicken, plus other boney chicken parts (the bones yield the best flavor plus collagen, which is so good for you too) to a big pot, with carrots, onions, celery, garlic, fresh parsley, bay leaves, salt and black pepper corns. Then cover with four quarts of cold water. Bring the pot to a simmer, and cook for four hours – skimming away any foam from the top as it cooks. 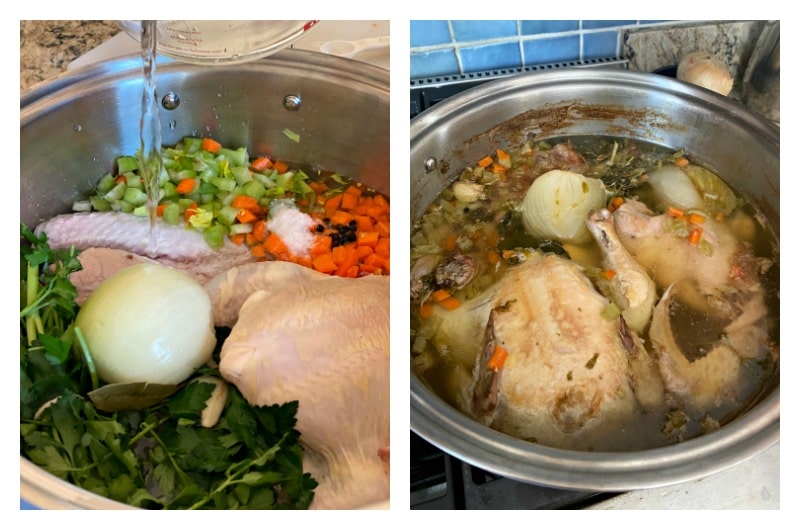 Once your soup has simmered, strain the chicken stock from the solids – but save the chicken, carrots and celery to serve in the finished soup. Skim off any fat from the top of the stock, then shred the cooked chicken and return it to the pot along with the carrots and celery. Season with additional salt and pepper as needed, then serve your chicken soup with thin egg noodles. 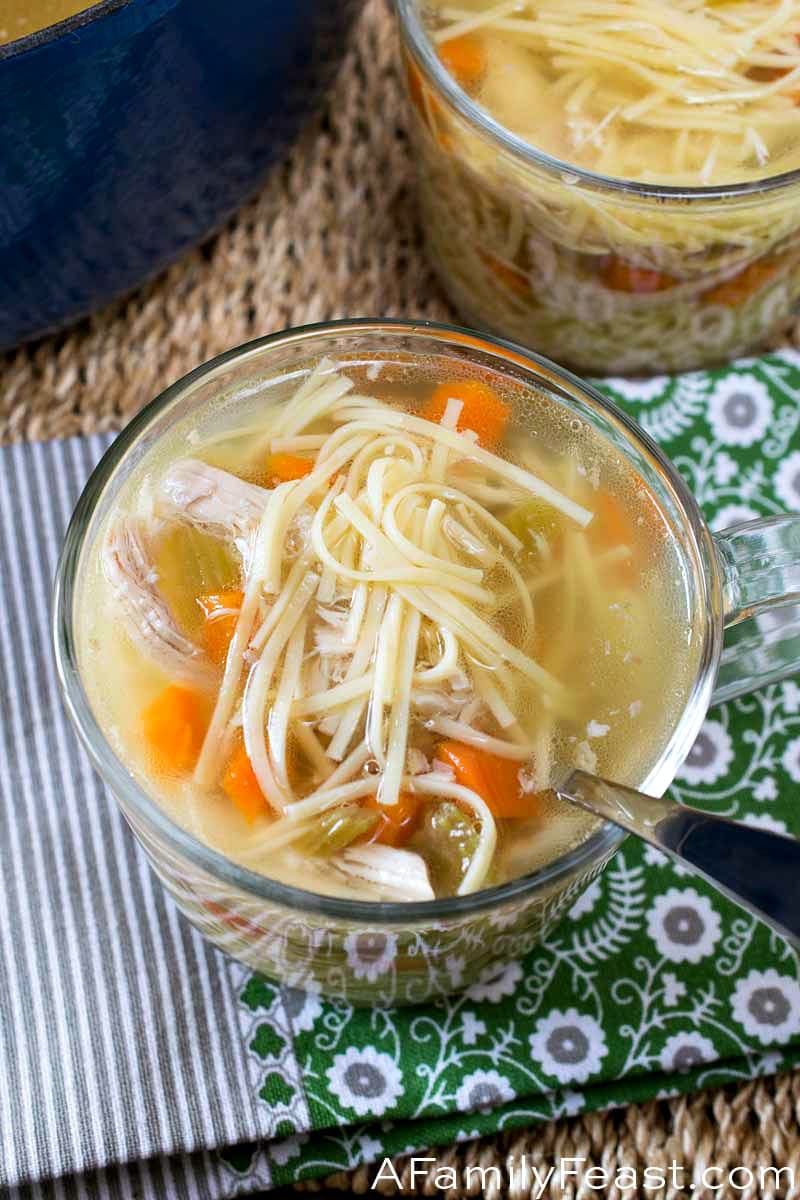 *If you place the peppercorns in a small cheesecloth bundle tied with a string, they will be easier to fish out later. 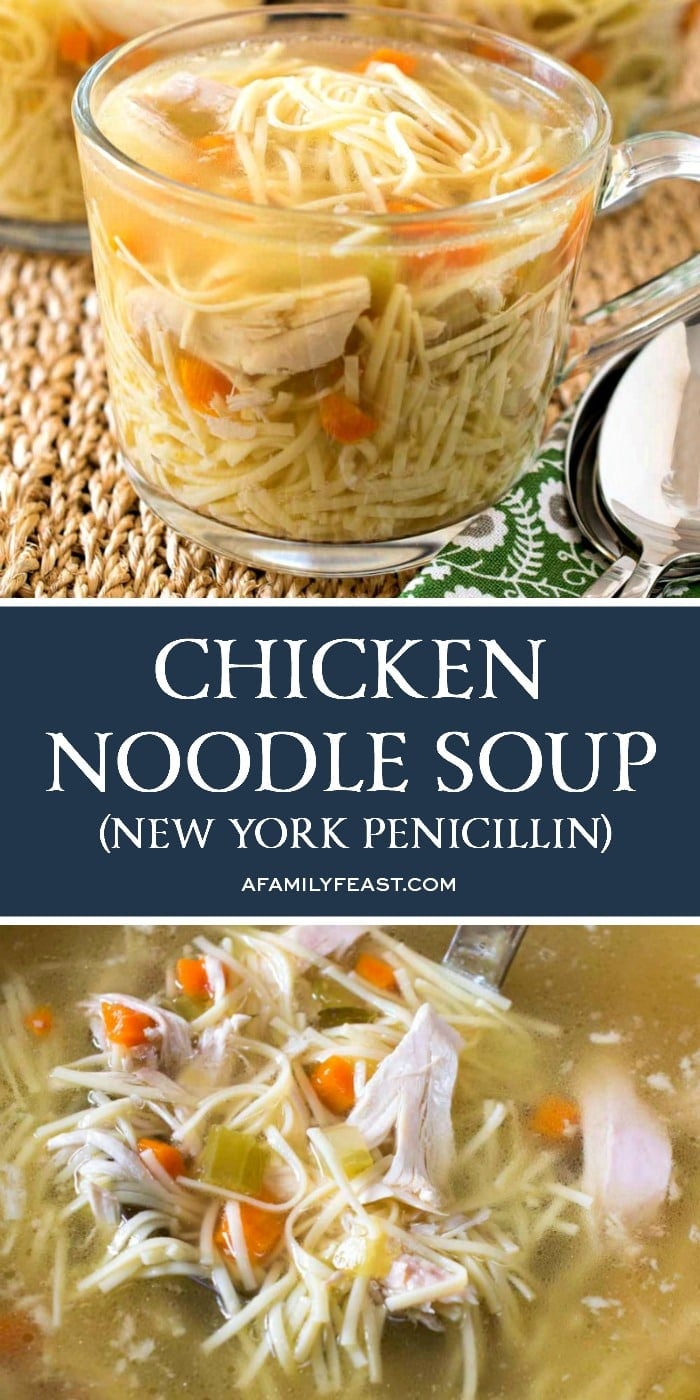 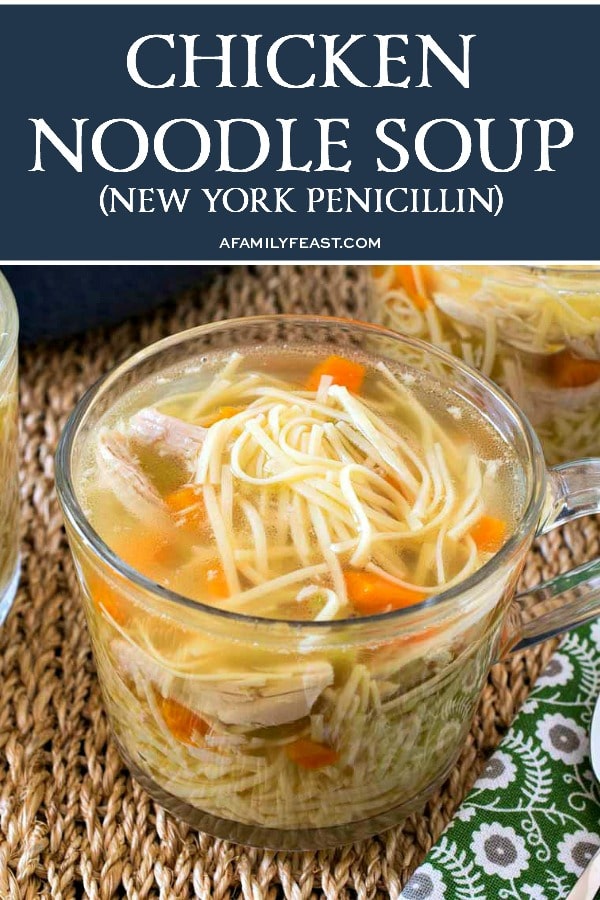 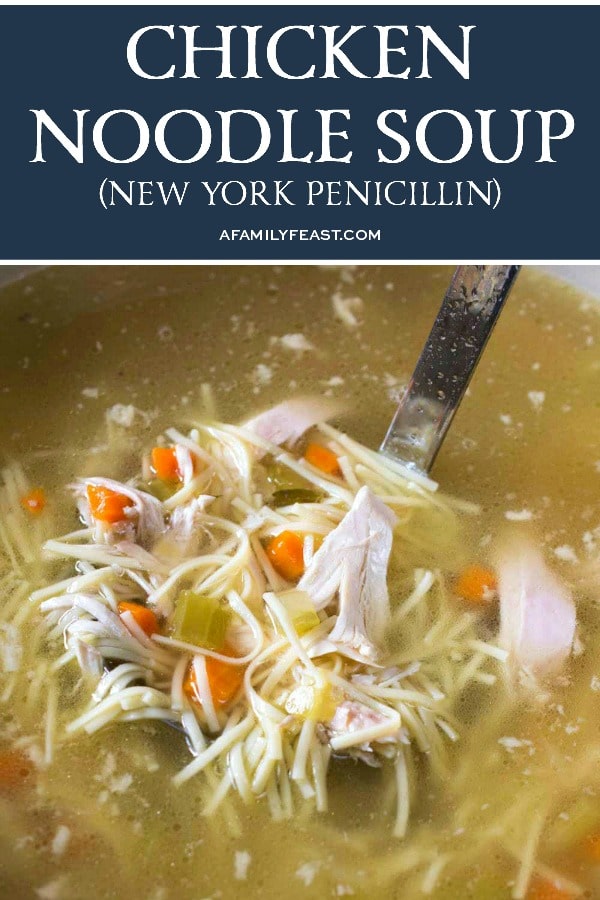 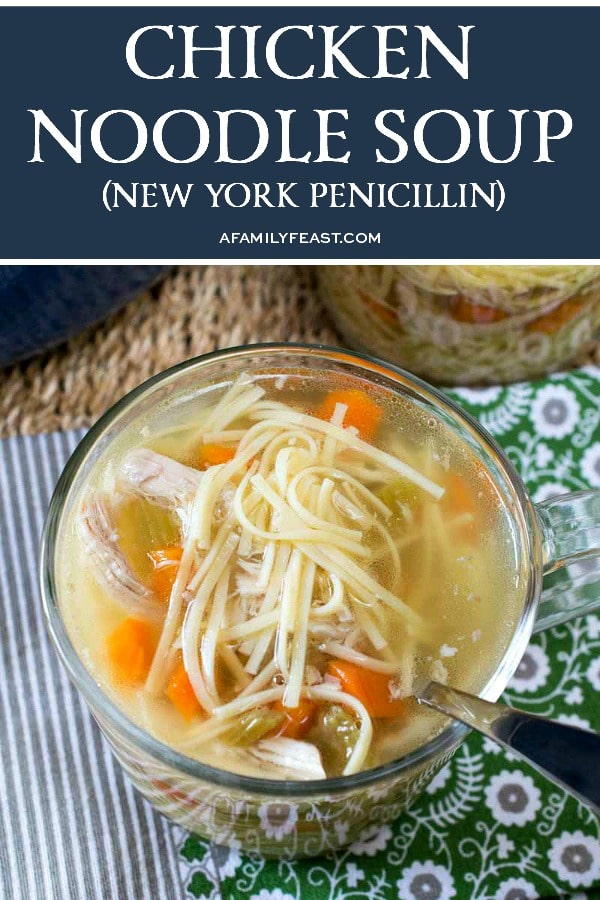