Learn this simple trick to ensure a Juicy Roast Turkey on Thanksgiving!

Hi everyone – Jack here. It’s incredibly disappointing when you spend hours roasting a turkey for Thanksgiving – only to find that the breast meat is dry as you slice into it.

Why does my turkey come out dry?

To solve this, spatchcocking your turkey is one option (you can read more about that here). But many of you enjoy bringing an entire turkey breast on a platter to the Thanksgiving table, and carving it in front of your dinner guests. Today’s Juicy Roast Turkey recipe will allow you to do that.

How do I make Juicy Roast Turkey?

Today, we’re sharing a simple cooking tip that we learned from watching a Jacques Pepin cooking show. We tested it out – and it totally works.

The trick: Before roasting your turkey, loosen the legs, thighs and wings from the turkey by cutting through the skin with a sharp knife, but leave them attached as you roast your turkey.

This trick allows the dark meat to be open and loose so heat can penetrate the joints and darker meat, instead of it being held tight against the breast of the turkey where the heat cannot circulate.

With the heat fully circulating, the breast meat and the dark meat all cook through at the same time – so you’ll end up with a nice Juicy Roast Turkey breast, and fully-cooked legs, thighs, and wings.

You’ll also notice in the photo above that we have inserted a probe thermometer (affiliate link) in the breast of the turkey. Cooking meat to a specific internal temperature, rather than going by cooking time based on weight is another way to ensure Juicy Roast Turkey. (We include internal temperatures in our recipe below.)

To brine or not to brine?

While we always brine our Thanksgiving turkey before roasting, we skipped the brine when testing out this turkey roasting method. Even without the brine, we had a super Juicy Roast Turkey to enjoy and use in some of our turkey leftover recipes. Give it a try!

You may enjoy these other turkey recipes:

2 celery stalks, cut up into pieces

Remove neck and gizzards. Save for other recipes if desired.

Rinse the turkey inside and out under cold running water, then pat dry with paper towels.

Place the turkey on your cutting board breast up, and with a very sharp knife, cut around each leg, thigh and wing joint but not all the way through.

Place carrots, celery and onions in the bottom of a large roasting pan and cover with a flat rack (not the V-shape rack that came with your pan). I used two small racks side by side over the vegetables.

Melt half the butter and brush over all exposed skin.

Sprinkle salt and pepper over the buttered turkey.

Pour two cups of the chicken broth over the vegetables.

Remove the probe that came with your turkey and replace it with your own probe and set your alarm to alert you at 150 degrees F. Not fully cooked yet and will cook further.

Make a tent out of two large pieces of foil crimped together in the center and cover the turkey, or if your pan came with a cover, use that.

Remove the turkey from the oven and save the foil for later. Remove the probe. Note, if juice leaks from the probe hole, roll up a little piece of foil into a small cone shape and plug the hole. (This really works well)

Raise the oven to 500 degrees F. If you have confection, turn that on.

Pour the remaining two cups of broth into the pan bottom.

Use butchers’ twine and tie the two drumstick ends together by tying one and then the other and pulling them together. This will expose the outside leg and thigh so it can brown in the next step.

Do the same with the wing ends but wrap the string under the turkey drumsticks and back around to each wing end, pulling and tying tight so they brown.

Brush the whole turkey again with the remaining butter melted, making sure the skin around the legs, thighs and wings get brushed.

Place back into the oven uncovered and brown. I checked every ten minutes and mine browned in 30 minutes. After this 30-minute browning, the internal temperature of the turkey will have risen to a safe temperature of 160 degrees F.

Remove from oven place on a platter and loosely cover with the foil saved from earlier and let rest 20 minutes while you work on any side dishes, gravy or pan drippings.

When ready to serve, cut off all string. The legs, thighs and wings should have stayed upright during browning for an attractive finished turkey display for your table. You could also do as we did and completely carve the turkey in the kitchen and serve it all sliced, and on a platter, ready for serving. 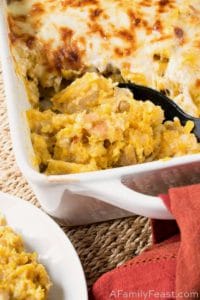 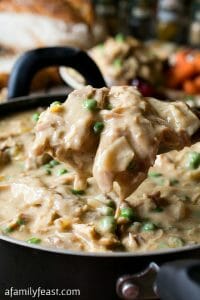 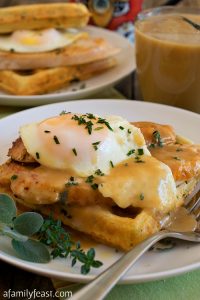