Homemade Apple Chips are super easy to make and taste absolutely delicious. They are the perfect sweet snack to make during apple season. 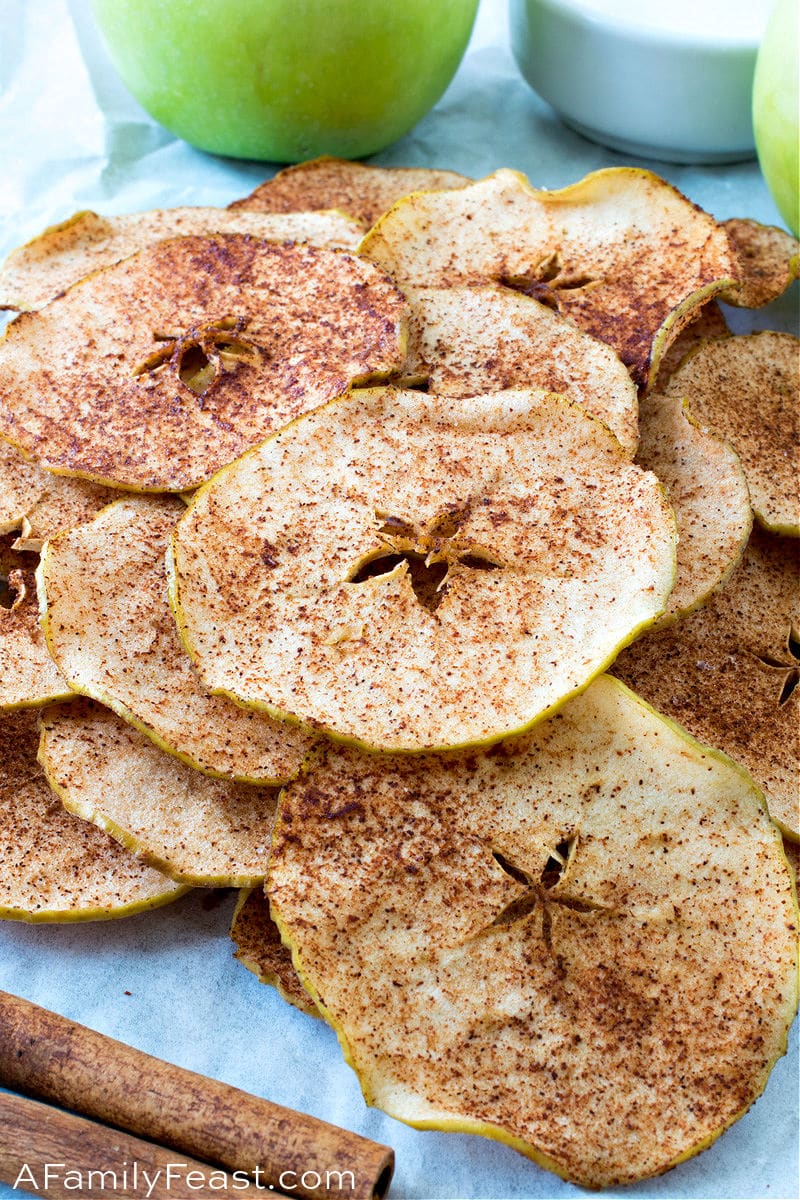 Apple season (my favorite season!) is just around the corner – and we’re already dreaming of all the delicious apple recipes we can make with our stash of freshly-picked fruit.

These Homemade Apple Chips are easy and delicious – and a great way to use up the odds and ends at the bottom of your bag of apples. Of course, you don’t have to wait to make them – but this recipe is perfect for any apples that are just a little past their prime.

Slice apples whole and pick out the seed bits after slicing. Most will fall out and a few will need to be brushed off or picked out.

How do I make it Homemade Apple Chips?

Using the thinnest setting on a mandolin, slice each apple into very thin slices. No need to peel or core the apple. Pick off any seed pieces and discard, they are easily removed after slicing.

Line all of the apple slices (without touching each other) onto the four trays, then spray the apple tops lightly with kitchen pan spray.

Mix the sugar and cinnamon and place into a sieve or sifter and sift half of the mixture over the apple slices.

Flip each slice over and sprinkle on the remaining cinnamon sugar.

Depending on the number of racks in your oven, you may need to bake in two batches. The recipe could also easily be cut in half down to two sheet pans.

Bake for one hour, rotate the pans then bake for an additional 1 ½ to 2 hours.

To test, pull out one slice and let sit out for a minute then test. If it is crisp, remove the pans. If not, bake longer. Ours took exactly 3 hours total.

Let the pans sit out of the oven for an hour, then bag into zippered plastic bags with as much air squeezed out as possible. 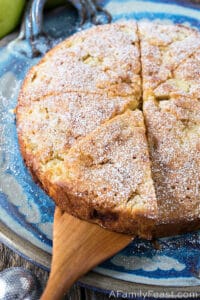